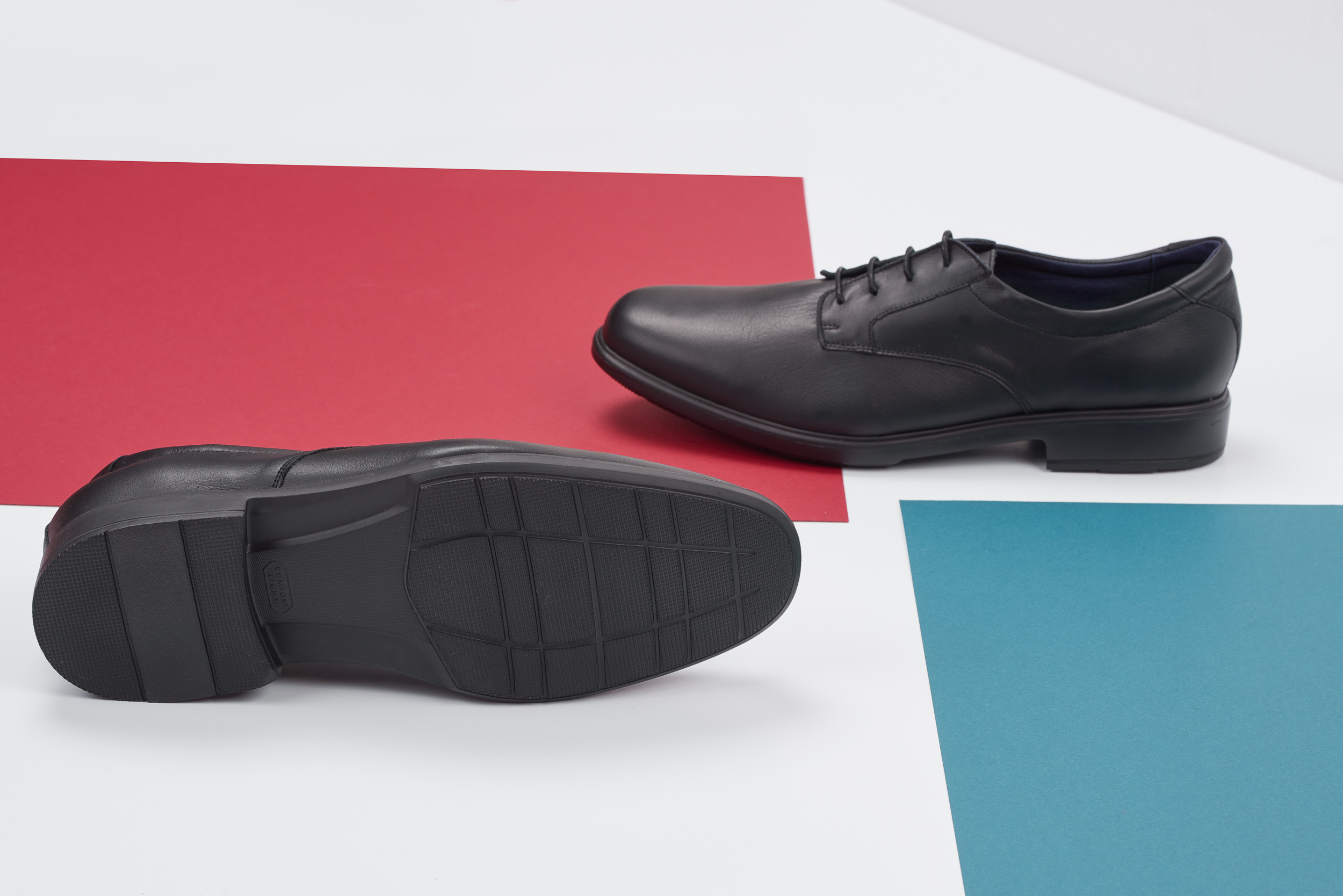 Posted at 16:41h in Our shoes by Oneflex

Sometimes the history behind the domestic objects is strange and it is nothing short of curious to analyze where many inventions come from. Lots of things that we use so daily now and to which we are so used  that we think they have existed since always, have got his own story.

Since we love shoes and work designing and manufacturing them with a certain care, we like to investigate about the origin of some of them. An exercise of healthy curiosity.

In this post we wanted to talk about one of our top models of men’s footwear for hospitality: the Hugo model.

It is a men´s “blucher”. That’s where we wanted to start, to fit it into a category, and that’s when it occurred to us to investigate: why is a “blucher” called “blucher”? It is evident that it is a classic type of shoe, timeless, with cords and a characteristic upper piece of leather drawn in peak whose form returns towards back shaping the side of the shoe as if it were a half moon. It is a footwear design that is used for both men and women. It is also the most usual type of shoe for waiters and for uniformed professions in which a touch of elegance and sobriety is required.

As it turns out, the name blucher comes from an aristocrat, “Von Blücher”, general of the Prussian army who fought against Napoleon back in the early nineteenth century and who apparently commissioned for his soldiers precisely that type of shoe with laces and thick sole . What we have not been able to find out is if it was the Baron himself who invented the shoe or if the design already existed and was simply baptized after he introduced it as part of the uniform for the troops.

In any case, we have baptized our “blucher” with the name of “Hugo”, who is also of Germanic origin and who transmits, at the same time, a certain sobriety and a touch of professionalism, which never hurts when it comes to shoes of work for use by professionals from various sectors such as hospitality or corporate.

With the shoe model for men Hugo we have updated, therefore, a classic: on the one hand, modernizing the last, which like all our lasts has been designed with ergonomic criteria that allows to achieve a high level of comfort during those long working days ; and on the other hand, choosing an outsole made of ultra-light EVA, very lightweight, non-slip on dry and wet floors (SRA, according to UNE-EN-ISO 20347) and with an updated design, both in its sides and in the footprint. The rest of the shoe:  nappa leather for the upper part, very soft and resistant,  breathable and antibacterial microfiber On-Steam linning and our usual polyurethane foam insole with memory effect (memory-foam).

The result is a comfortable work shoe for hospitality and for corporate professionals really comfortable and durable: like walking on air.

It is a way to make long workdays more bearable.